The creation of the Harvest Manager 300 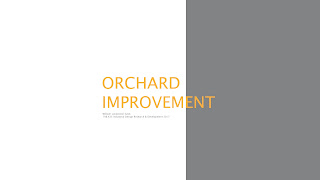 I have spent the last year looking into how Kiwifruit growers in NZ can manage their orchards more efficiently.    I have been working in orchards in the Waikato since I was Thirteen. Since then I have performed many jobs from general orchard labour, such as pruning, to quality control supervising at harvest. The traditional orchard consists of blocks of long rows made of small rectangle bays. These bays are traditionally 5m long and 3m in width. The average height of the canopy is generally between 180-190cm from the orchard floor.  However, when it gets closer to harvest, the canopy can sag in areas with high fruit load down to 170cm. This is about face level for an average man of 170cm. The diagram also displays the height of the average women.  NZ doesn't have the land mass to compete in global markets on fruit production. Therefore we compete by producing higher value fruit. This has caused a shift in growers focusing on producing high fruit numbers to produci
Post a Comment
Read more